Ron Pettaway Funeral to be Preceded by Protest March

Jennifer & Scott Morgan have left a new comment on your post "The Afrosphere and Police "Excess Force":

This is such a tragic situation. The family just wants justice and answers. A web site, http://ronpettaway.com, has been set up for the family. The community is outraged by this crime. Ron Pettaway was NOT a violent man. He was quite the contrary. He was a respectable business man, neighbor and loving fiancé'. His smile entered the room before he did.

"Before he was executed, Ron and his wife Lisa ran a Floor Doctor carpet cleaning franchise in Marietta/Powder Springs Georgia, business listed as a member of the Powder Springs (GA) Business Association." 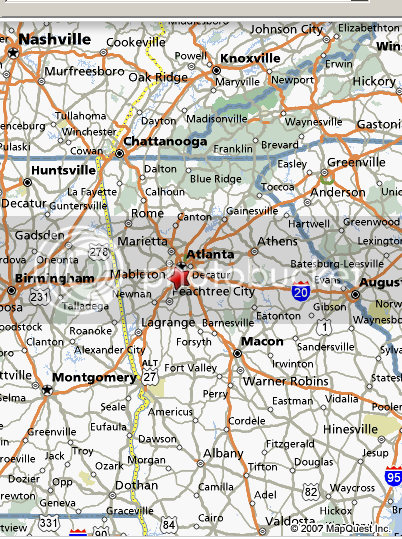 The Powder Springs Business Association, Cobb County Chamber of Commerce, SixCities.com and SSMorgan Enterprises, Inc have set up a Memorial Fund at RBC Centura Bank for his family and fiancé' Lisa Sayer. Ron and Lisa own a carpet cleaning company in Marietta/Powder Springs called the Floor Doctor, Inc. He will be greatly missed.

The Pettaway family has called on Georgia Governor Sonny Perdue to intervene.

The family of two unarmed brothers shot by Fulton County police after a bar fight called on Gov. Sonny Perdue on Wednesday to declare a state of emergency for the numerous police-involved shootings that have happened recently in metro Atlanta.

"It is your responsibility...as governor of this state, to intervene," read the letter signed by the Rev. Markel Hutchins, spokesman for the Petteway family.

"We call on you to form a blue-ribbon panel to proffer substantive changes in public policy relative to how we train and regulate Georgia peace officers," Hutchins said. Examiner.Com

This Afrosphere blog expresses its profound sympathies to the Pettways and invites the Pettways to join the Afrosphere's Black Accused Support Groups (BASG), which is a national union of the blogs set up for Black people seeking justice from the American criminal (in)justice system. Black Accused Support Groups blogs are interlinked across America to provide support, lay advice and information to Black accuseds, victims of criminal system injustice, their families, friends and communities. When Blacks demand justice, we speak not as isolated individuals; we speak as "One Nation Under and AfroSpear."

We can only hope and pray that justice will be served and additional innocent lives are not lost due to the Police and "loose" firing.

Roy Pettaway, Ron's brother that was also shot, was released from Grady Memorial Hospital on Tuesday, April 17. He is recovering at home with his family.

"There is no justification for police to wound and shoot two unarmed men," the Rev. Markel Hutchins, a Pettaway family spokesman, said at a news conference while flanked by members of Pettaway's immediate family. "It's nothing short of murder. These young people were shot for no reason."

Dennis said the dispute began when Ron Pettaway told her another bar patron looked like dreadlocked rap star Lil Wayne. The patron took offense to the description, and the two men fought inside the club, Dennis said.

Hutchins, the family spokesman, promised additional action, including public protests, to deal with a climate in metro Atlanta and elsewhere in which, he said, "police officers are now shooting first and asking questions later."

Roy Pettaway, brother of the man executed, who was released from Grady Tuesday, has already hired a lawyer as his family completes funeral arrangements for his brother. A 10 a.m. service is scheduled for Saturday at Liveoak Baptist Church, 2601 Flat Shoals Road, in College Park on what would have been Ron Pettaway's 27th birthday.

The Rev. Markel Hutchins, a civil rights activist and Pettaway family spokesman, said there will be a march from the Frozen Palace to a church on Old National where the funeral will be held. A special section in the church's sanctuary, Hutchins added, will be set aside for the families of other metro Atlantans allegedly victimized by police.

Afrosphere members now call upon Afrosphere members and readers who live in the Atlanta area, or anywhere in Georgia, to attend the march from the Frozen Palace in College Park, GA to the Live Oak Baptist Church where the funeral will be held. The funeral itself will be held on Saturday, April 21, 2007 at 10:00 a.m., on what would have been Ron's 27th birthday. 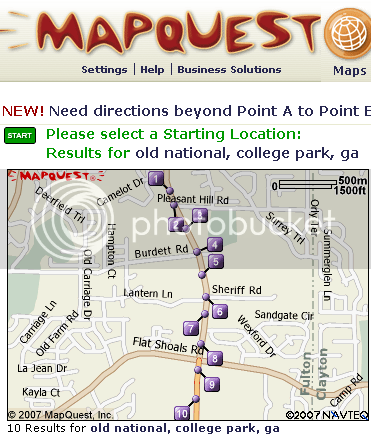 Here are printable directions to the march and funeral:

The service will be held at:

Clearly, the family and community are already organizing victims of police abuse. If you live in the Atlanta area or anywhere in Georgia, please go to the march and funeral and show that Blacks all over America are concerned with the needless execution of Blacks, no matter who does the shooting.
Posted by Francis Holland at 7:52 PM