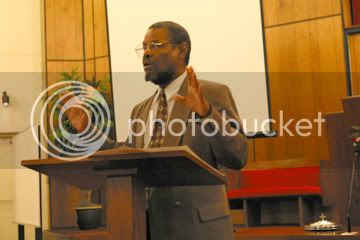 Although Eddie G. Griffin of Fort Worth, Texas works with hundreds of Black accuseds, legal advocates, ex-convicts and the government in Texas to reduce Black involvement in the criminal justice system, Mr. Griffin, an ex-Black Panther, did not have his own Afrosphere blog until last week. After a weekend of church activities at the Everman Church of Christ in Fort Worth, Mr. Griffin is back in the thick of the Black Accused Support Group (BASG) work.

Francis, I am back at my desk and note all the great work done over the weekend. I will be spreading the Eddie G. Griffin (BASG) blog on the our Crossroads Research Network, and responding to blogs, particularly related to BASG and BASC (Black Accused Support Coalition.)

To build on the successful recent advocacy by Black blogs in the Shaquanda Cotton case, the Francis L. Holland Blog and the African American Political Pundit Afrosphere blogs have teamed up to help Eddie G. Griffin bring his accused advocacy work to the attention of an international audience. By starting the Eddie C. Griffin Blog as part of the new Blacks Accused Support Groups network, the Francis L. Holland and African American Political Pundit blogs plan to promote a new African-American and public awareness of injustices within the legal system, catalyzing a movement for equal treatment before the law. 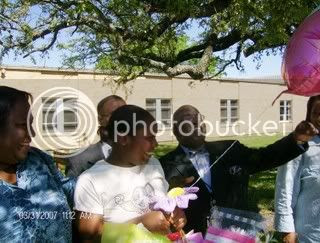 Shaquanda Cotton is released from detention.

Although the Eddie G. Griffin Blog is the first BASG blog, Eddie urges the Afrosphere that hundreds or thousands or unjustly detained or unjustly sentenced Black people can benefit from the same Afrosphere advocacy that helped free 15 year-old Shaquanda Cotton from detention a week ago, after she spent one year of a maximum seven year sentence in lock-up for pushing a hall monitor at her school.

The purpose of the Black Accused Support Groups is to publicize cases of unjust treatment of Blacks at the hands of legal systems while building on this advocacy to promote fundamental and systemic change, so that Blacks will, for the first time, be treated equally before the law. With his work directly with Black ex-convicts to help them get jobs, education, and reduce their recidivism (return to prison), Eddie is seen as a excellent role model and advocate to initiate first Black Accused Support Groups blog.

Now, the spouses, mothers, siblings, aunts and uncles, friends and co-workers of Black accuseds, and the accused themselves, can start blogs and link them directly to Eddie's BASG blog for support, information, and the guidance that comes from being part of a tight-knit online Afrosphere community.

Because Eddie has never blogged before, the Francis L. Holland Blog and African American Political Pundit blog are donating time to help Eddie blog and the BASG network started.

Of the work on the new Eddie G. Griffin Blog, Eddie says:

I am amazed at how you guys discovered links to Eddie Griffin. The Wiki links me to the comedian. I might have to use Eddie G. Griffin to make the distinction. The Shaquanda Cotton story finally makes page one in today's Fort Worth Star-Telegram. It about time. We were two weeks ahead of them. That signifies a movement forging ahead faster than the media can track. Now the media looks to the internet for voice. Great work, Francis.

The movement to connect with "brick and mortar" African-American activists engaged in community work, such as Mr. Griffin and Black psychiatrist Carl. C. Bell, M.D. reflects a strongly-held belief among Afrosphere advocates that the Afrosphere must be intimately connected and collaborating with other forces in the Black professional and advocacy communities, and must have the Black general public as its members and primary audience in order to achieve fundamental change.
Posted by Eddie G. Griffin at 6:03 AM