Can I apologize for Pastor Jeremiah Wright? In an article, Jeremiah Wright and Firestorm Coming to Fort Worth, I announced that the controversial former minister of Trinity United Church of Christ was coming to TCU to receive an award from Brite Divinity School.

That will not happen. TCU cancelled the event for security reasons. The Brite Divinity School’s State of the Black Church forum was then rerouted to Dallas at Paul Quinn College, and the awards ceremony banquet was re-scheduled at Friendship-West Baptist Church.

That will not happen, either. Pastor Wright cancelled and cited security concerns for the institution and for himself and his family.

Now what I cannot apologize for is his words. The media found something to chew on forever, or for the rest of Jeremiah Wright’s life, which ever comes first. I admit my own desire to ask him face-to-face some tough questions, without a pulpit between us. His cancelled engagement is a missed opportunity to make his answer for his words about 9/11 and God damn America. I would have loved to have challenged his use of the pulpit to say things I have a problem with.

This would have been just Eddie Griffin versus Jeremiah Wright. If the media just wanted something to chew on, I could make Jeremiah Wright look like a baby when it comes to radicalism. The media dare not quote me, as they quote Wright. And, I’d say it over and over again… even with threat to life… he that lose his life for my sake shall find it.

Pastor Wright need not answer to the media. The media is not big enough to hold his words. America can barely bear to hear it. Oh no, you don’t want to hear what Eddie Griffin has to say. Not even, Jeremiah Wright wants to hear it.

WEDNESDAY, MARCH 19, 2008 Jeremiah Wright and Firestorm Coming to Fort Worth 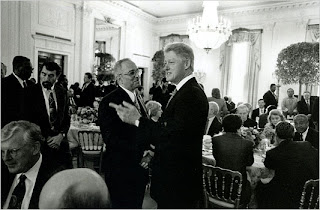