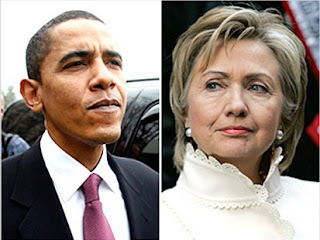 Canadian officials have responded with a statement that reads in part "there was no intention to convey, in any way, that Senator Obama and his campaign team were taking a different position in public from views expressed in private, including about NAFTA". "We deeply regret any inference that may have been drawn to that effect." The statement added that Canada will not "interfere" in the American electoral process.
Posted by Eddie G. Griffin at 8:59 AM